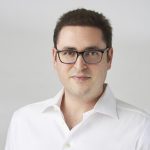 The Israeli cybersecurity industry has matured significantly over the last ten years. The mindset of a quick exit has shifted, and founders are focused instead on building more scalable businesses.

Now more than ever, entrepreneurs in Israel are looking to build longer-standing independent companies that can grow to become unicorns or even go all the way to an IPO. As a result, investors are less hesitant to offer high valuations in early and later stages alike. This is driven by the sentiment that these valuations are justified since the founders are focused on growing their companies as opposed to making fast exits.

This has been discussed at length in the media recently, as well as in our office. But what has caused this shift? Why is growth suddenly in fashion? It all comes down to the era of the new Israeli founder.

The First Generation of Cyber Entrepreneurs

When cybersecurity first started appearing on the VC radar in the late 2000’s, the number of successful Israeli cyber companies could be counted on one hand. Outliers like Check Point, CyberArk, Trusteer and a few others concentrated much of the available local cyber talent. However, during that decade cybersecurity activities were also being conducted within elite intelligence units in the IDF, “schooling” a young generation of cyber experts. Around 10-15 years ago, teams that focused on defensive and offensive cyber were gradually leaving the military and entering the business world, eager to deploy their knowledge into a commercial setting. Since many VCs at the time had no previous expertise with cyber, and many entrepreneurs were relatively young and inexperienced, most investors largely avoided the cyber sector, and we didn’t necessarily see high valuations in cyber (hard to imagine this was the case just ten years ago!). Cybersecurity as a field was a newer phenomenon. It didn’t take long for Silicon Valley to start to notice the unique innovation happening in Israel and there were early acquisitions beginning to take place – however they were mostly limited in price, relatively small deals for giants like Microsoft, Symantec and later Palo Alto Networks.

Today, following several much larger exits (Armis, Forescout, Checkmarx and others) and with hundreds of cybersecurity companies started just in the last few years, when scanning the landscape of blooming hi-tech startups we see a different type of founder behind the company, compared to the one of a decade ago. We see an exponentially larger group of entrepreneurs who aren’t only interested in being entrepreneurs, but are also more qualified to be them. In particular, we see today more second-time cyber entrepreneurs, who are less likely to make the same mistakes they did in their first startup try. Over the past decade, many of these entrepreneurs have succeeded exiting their companies in a relatively short time frame (3-5 years), thereby getting funded at higher valuations the second time around. Furthermore, these second-timers typically have fewer financial constraints, and are therefore less averse to taking bigger risks and less prone to selling early to cash-out.

Not All First-Time Entrepreneurs Are Alike

Successful second-timers are still quite rare in the Israeli market, and they are expensive to fund since they know their worth. But there’s a much larger class of first-time entrepreneurs who possess a great set of capabilities to succeed with their startups. Today, we see many startups founded by former VPs or early employees who held key business roles in previous startups. And while we expect the highly distinguished “entrepreneurship schooling” programs like the IDF’s 8200 intelligence unit to continue to produce many more startup dreamers, it is those highly-experienced first-timers who already helped build successful startups that have significantly better odds.

Ending on a personal note…

Glilot hit a pivotal moment at our 10-year mark, expanding our partner team, growing our staff and launching Glilot+, our dedicated early growth fund. These additions have enabled us to support this new generation of founders, who have a long-term vision for their companies. I expect we will continue to expand our brand to additional investment vehicles and opportunities to engage with these and future founders and support their startups in new and flexible ways. While I joined Glilot only recently as it entered its second decade, I already feel the incredible power of our entrepreneur and advisor communities, and am excited to be a part of the Glilot family. Like Arik, Kobi and Nofar, I want to see Glilot support our founders well into the next decade, and have no doubt we will be seeing our second-time entrepreneurs and their early employees coming back to work with us. 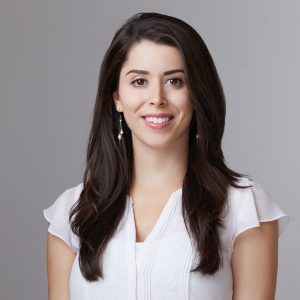 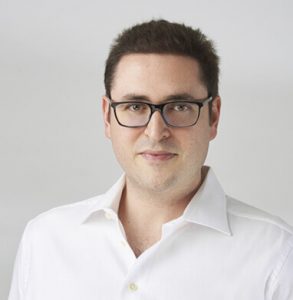